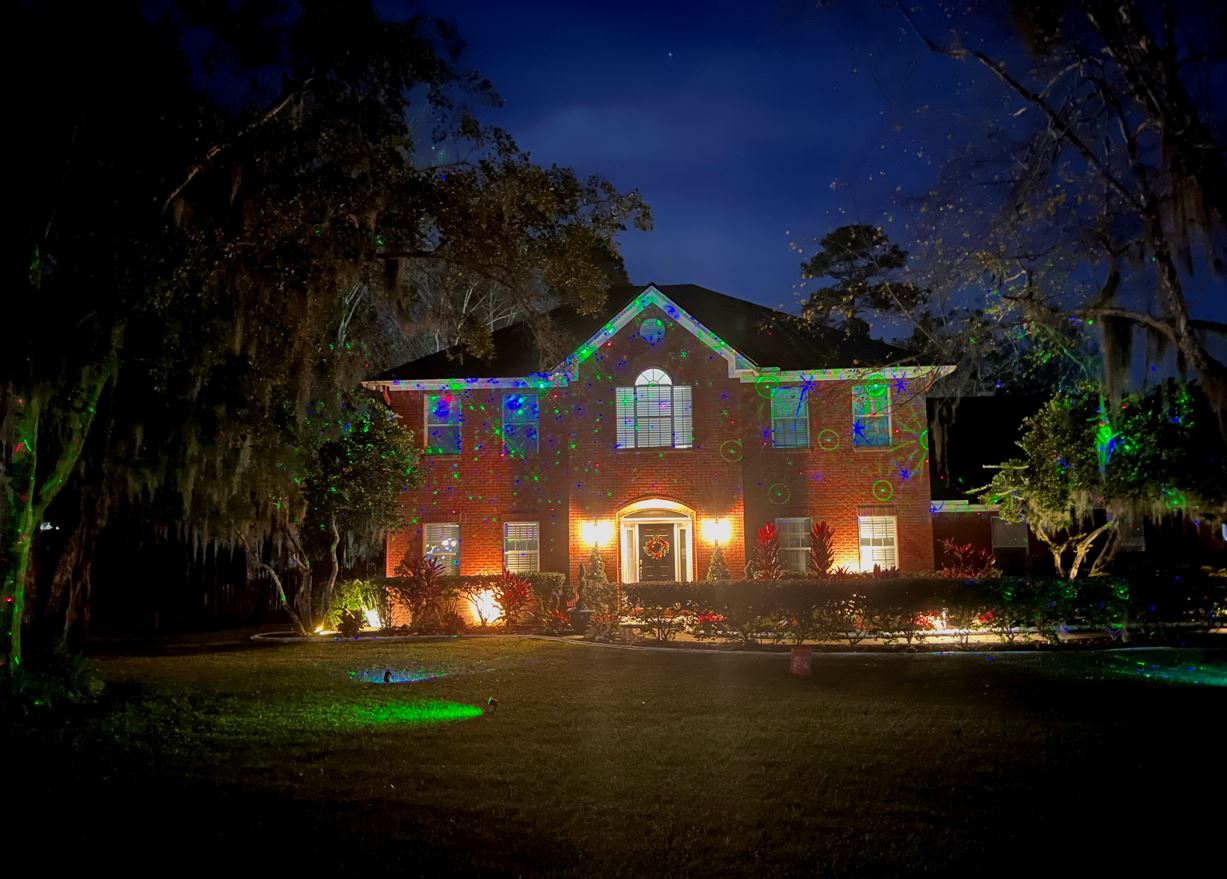 Why Do We Decorate With Christmas Lights?

I don’t know about your neighborhood, but mine is brightly lit with an amazing variety of Christmas lights, holiday displays, and inflatable figurines. Some houses put them out as early as Black Friday – more fun than shopping if you ask me.

But why? I’ve been asking a variety of people why they put out lights this time of year. Here are a few of the responses.

For some, it’s about keeping up with neighbors. Others enjoy the competitive aspect, trying to have the best house in the neighborhood. I believe it is a form of personal expression and pride in that wonderful place we call home. Turns out there are many reasons we put out light this time of you. But when did it all start?

Displaying lights during Christmas predates the holiday itself. It started in Scandinavian countries to brighten up Winter Solstice to turning night into day. They did it with Yule logs, bon fires and candles. Early Christian adopted this pagan tradition without fear of persecution. Later Christians put candles in their windows as a symbol it was safehouse for other Christians traveling. 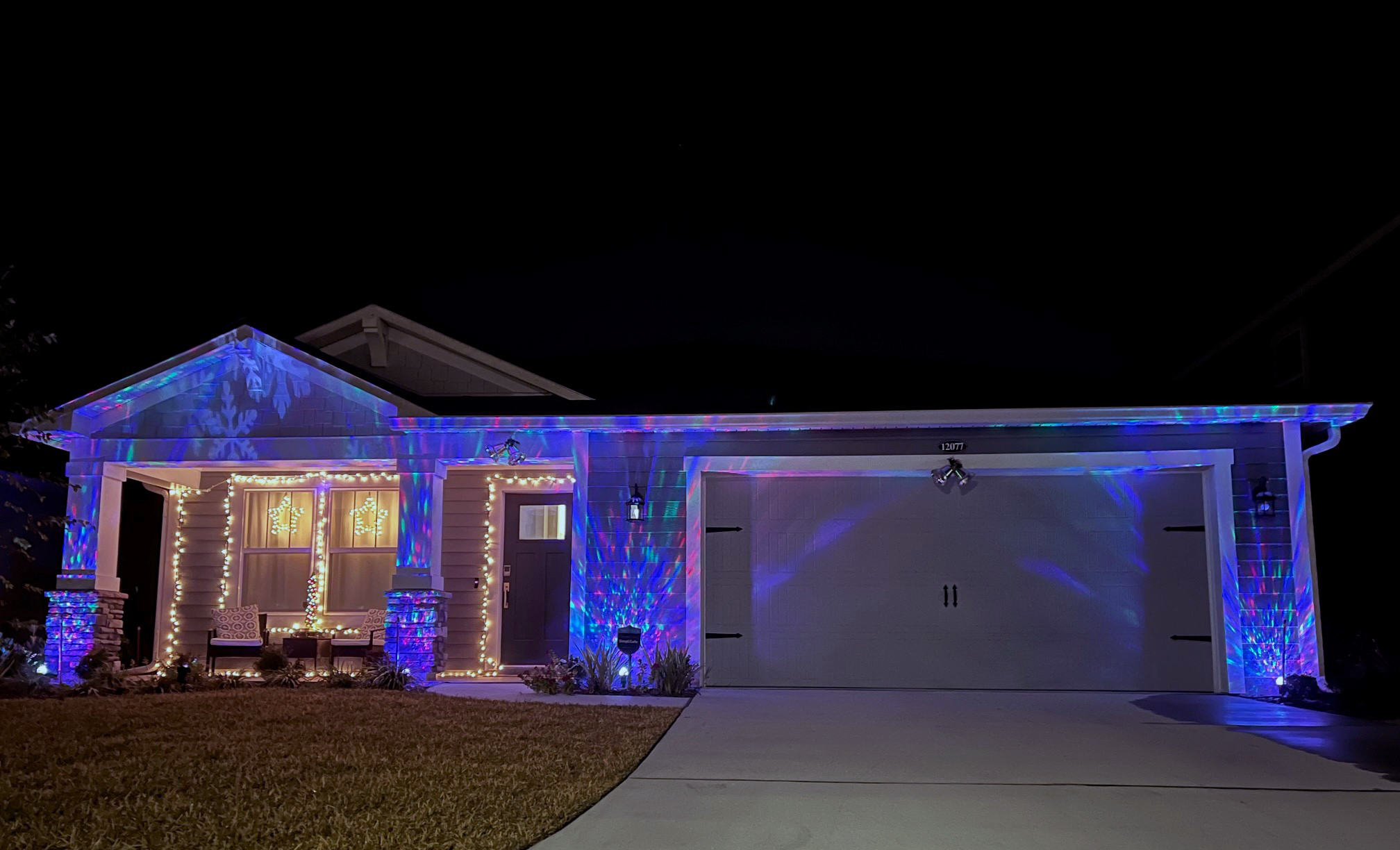 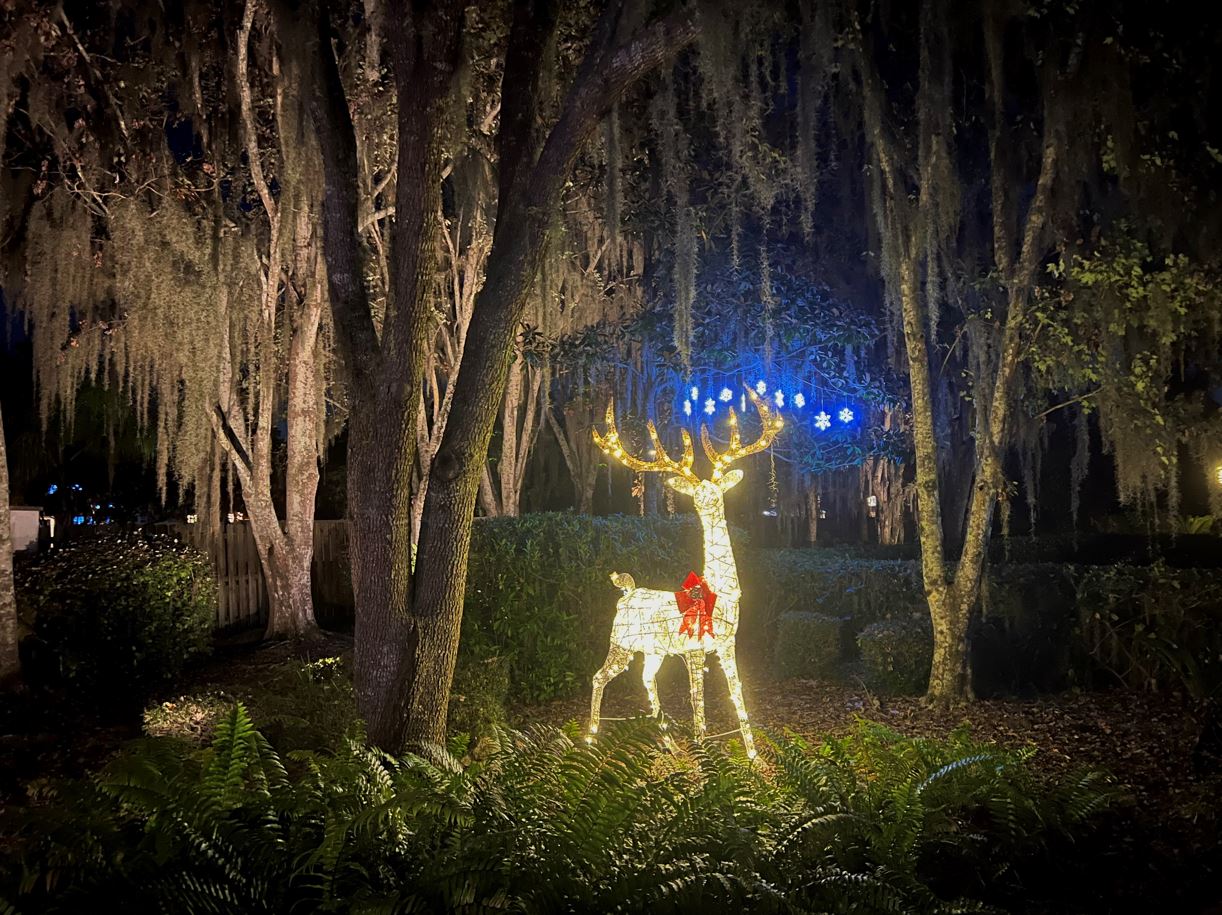 If you’re reading this blog on Tuesday, December 21st, this is winter solstice. Fairbanks Alaska will see the sunrise at 10:50 am and set at 2:41pm for a total of 3 hours and 42 minutes of day light. The folks in Barrow Alaska won’t see the sun for 67 days during winter. I can’t imagine! The good news is that starting December 22nd, the days start getting longer!

Prior to electric lights, many decorated their indoor Christmas trees with candles – obviously adding fire to a highly combustible tree resulted in lots of house fires. Then, an executive at Thomas Edison’s company, Edward H. Johnson, strung up a tree with lights and displayed it in his home in New York City in 1882. Johnson was quickly emulated, most notably by President Grover Cleveland at the White House in the Christmas of 1895. Hey – who doesn’t want a tree like the president.

Perhaps the most notable Christmas tree is the one of Rockefeller Center. The first tree was erected in December of 1931. It was 20’ tall and decorated with handmade garland. Then in 1933 Rockefeller Center decided to make it an annual tradition and held the first lighting ceremony. The 2021 is a 79’ Norway Spruce that is 46’ wide and weights 12 tons. According to the website, it has more 50,000 LED lights – approximately 5 miles long! The tradition is to light the tree the Wednesday following Thanksgiving. You can learn more from their website.

As it turns out, New York City has many beautiful Christmas trees throughout the city. One that predates the tree at Rockefeller Center is the one at Wall Street, a tradition which dates back to 1923. My daughter and her fiancé visited it last year. 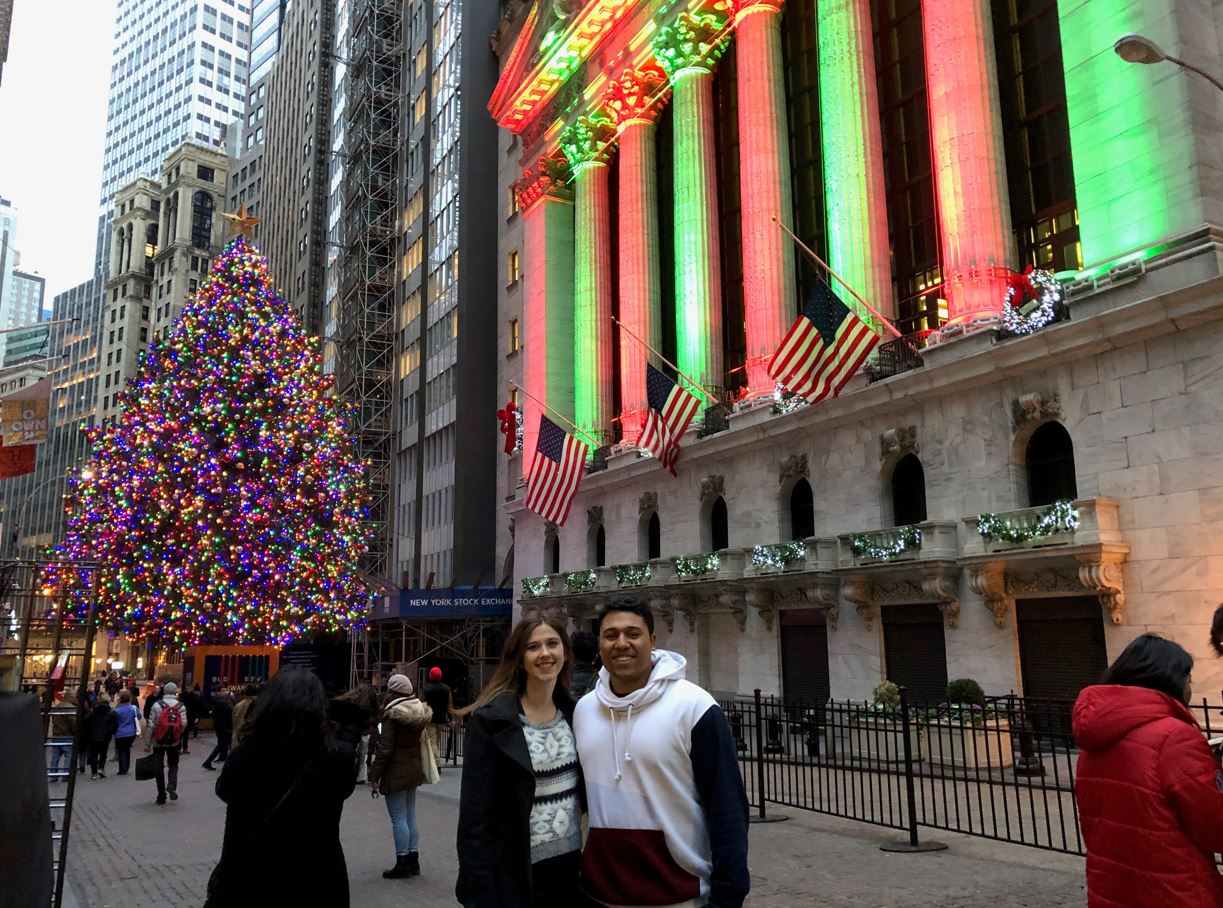 You must wonder if National Lampoon’s Christmas Vacation with Chevy Chase didn’t amp up (pun intended) how we decorate our houses this time of year. I think there is a little Clark Griswold in all of us as we try to have the perfect Christmas.

On Sunday, my neighborhood celebrated the season with luminaries. It was a truly wonderful scene – not just because of the lights, but because of the people walking around with their kids in wagons or strollers taking in all the lights and festive décor. We got to meet new neighbors and visit with those we rarely see. Perhaps this is the real purpose of decorating for Christmas. 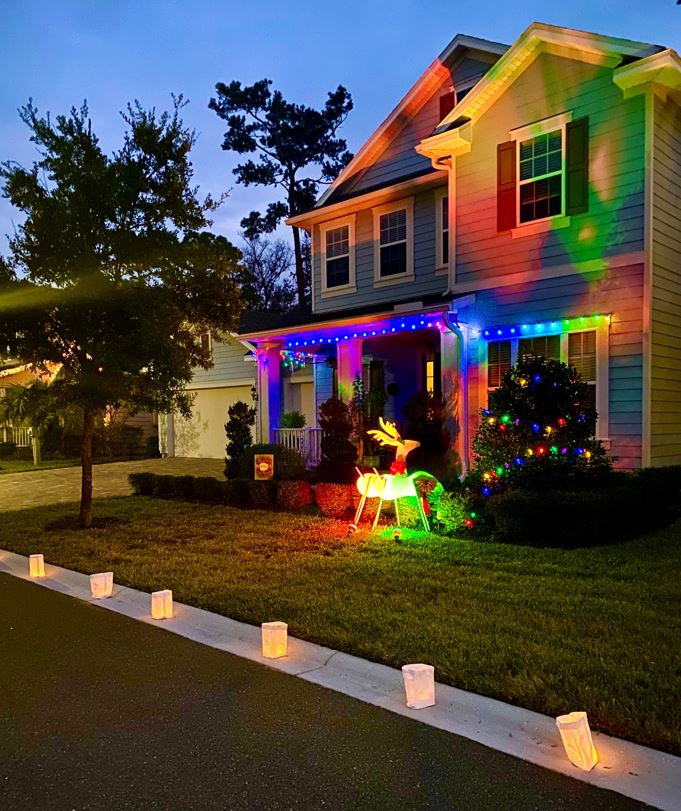 Who says Christmas decorations have to be limited to the house? 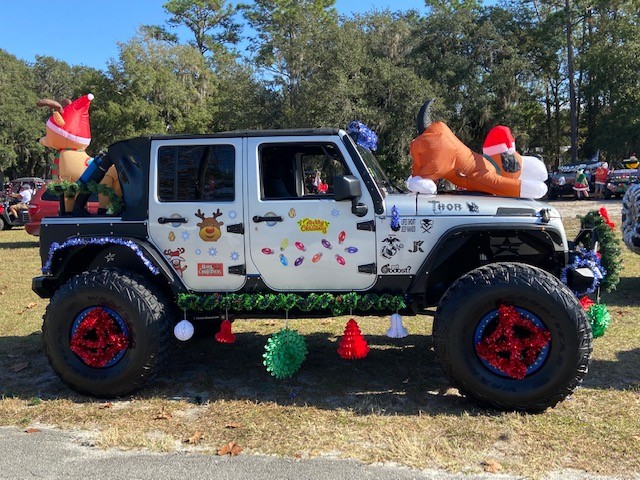 This seemed a joyful and happy way to end the 2021 year. We will be closed until January 3rd and look forward to seeing you in 2022! Until then, have a Merry Christmas and a Happy New Year.