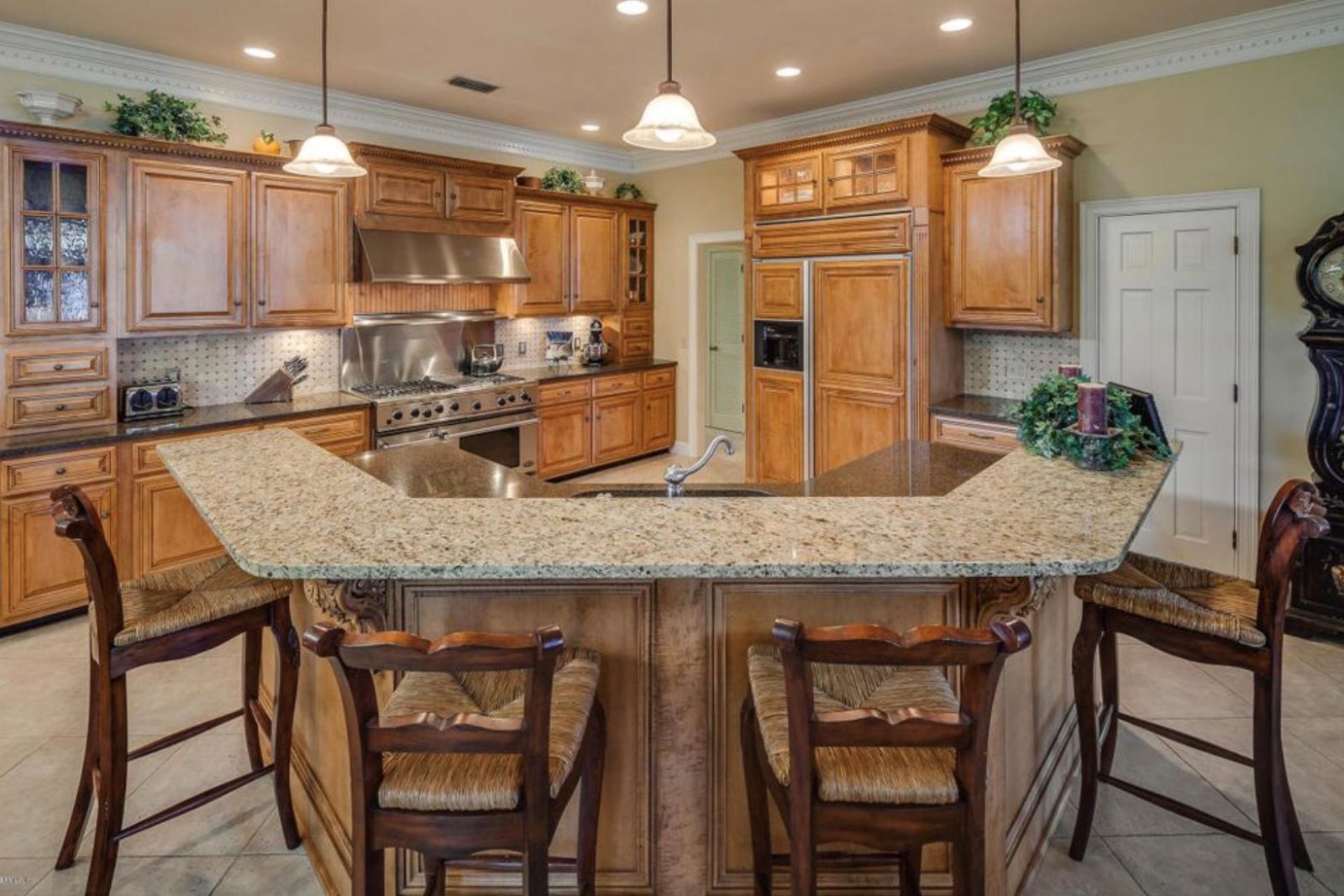 Let’s step into the kitchen! That’s where you will find what we affectionately call the “bat wing” island or peninsula. In fairness to Batman fans, one of my colleagues thinks it looks more like a boomerang, but “bat wing” has stuck with me. How many resales have you walked through and encountered the island or peninsula boxing you into the kitchen? 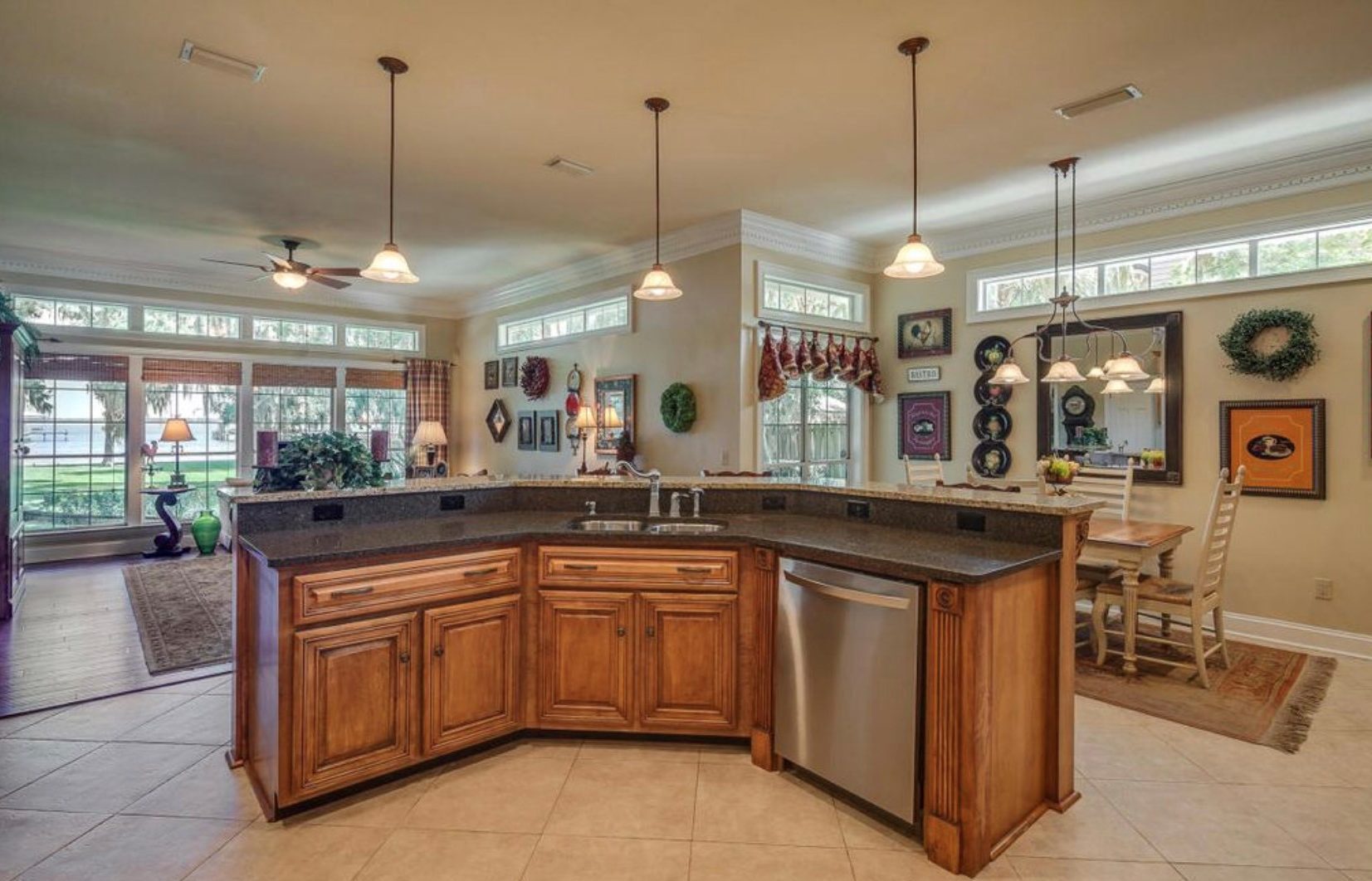 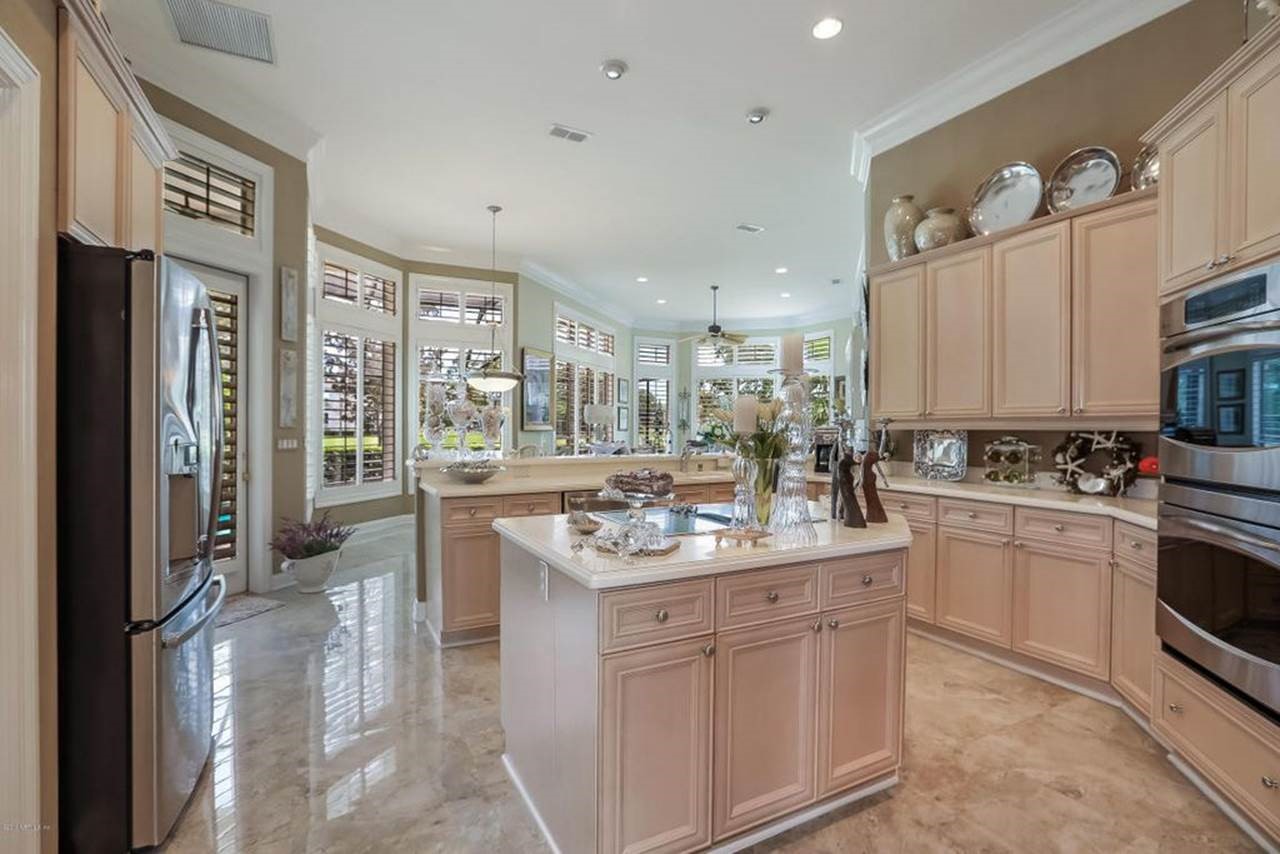 Full disclosure: My last house rocked the Bat Wing and I’ve designed my fair share of homes with it in the 80s and 90s. My first house had this clever sink placement, but the builder hadn’t fully thought through the dishwasher located next to the angled sink cabinet. This created two obstacles.

Often, there was an overhang raised to 42” to “hide” the dirty dishes piled up in the sink. In reality, this hid nothing. With the kitchen being the center of activity, it was futile to think you were hiding anything from view as family and guest hovered around in the kitchen during meal prep or parties. The result? A 42” counter that required bulky barstools difficult for seniors and kids – and it still didn’t hide the dirty dishes! Those of us who have lived with these islands and peninsulas learned how to make it work, but boy were we relieved to find a better solution! 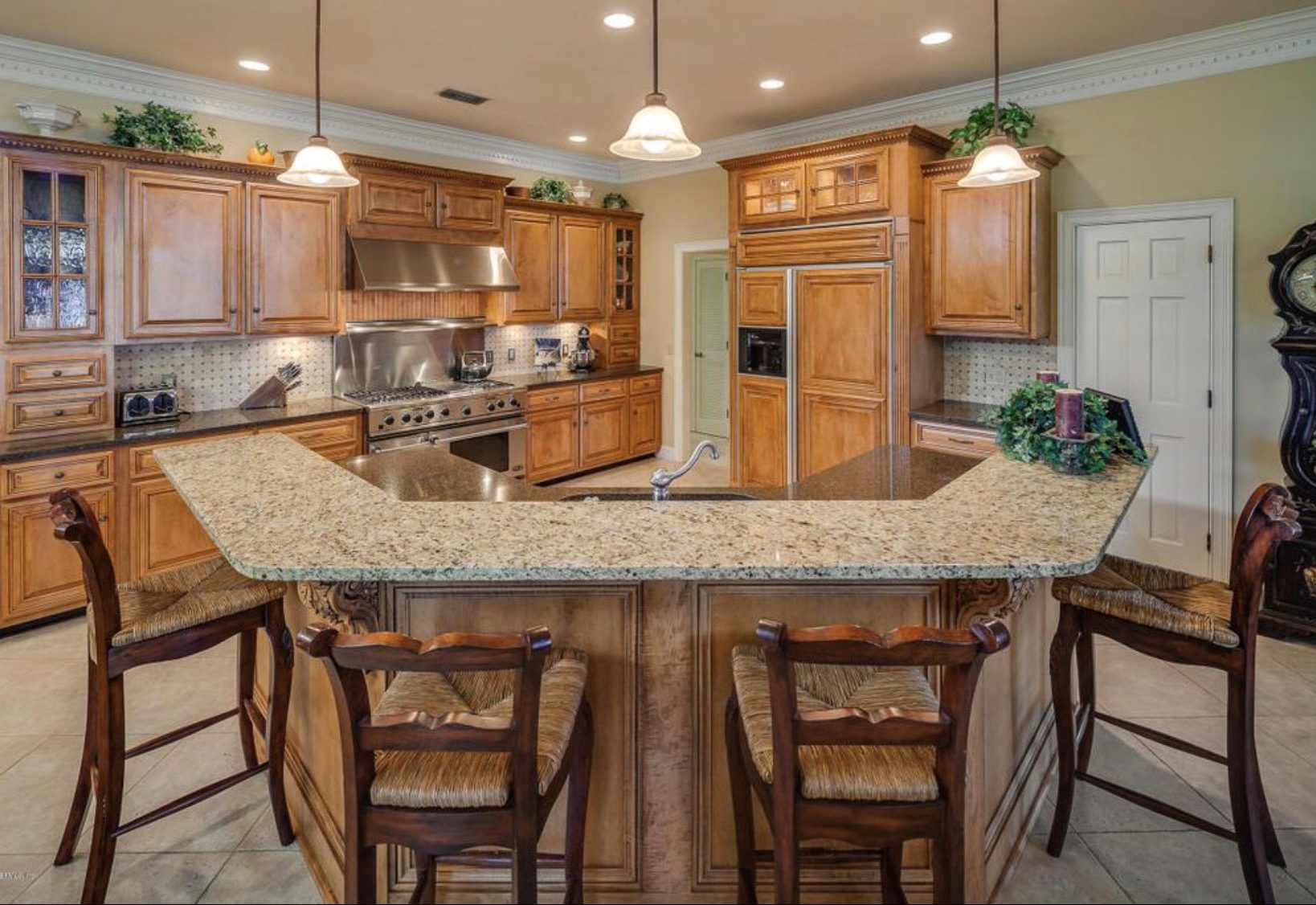 When the single level island was first introduced to my market, it was referred to as the “California Island” and it gained popularity immediately. Instead of attempting to hide the kitchen sink, we embraced the island’s role as a gathering point and added pendant fixtures inviting our friends and family to stay a while. The island also had immediate advantages over the peninsula, creating better circulation in and out of the kitchen. This is critical since our kitchens are high traffic spaces. The single level allows greater flexibility in its use to open the kitchen. The only potential negative is the island design often eliminates upper cabinets found in peninsula kitchen designs. 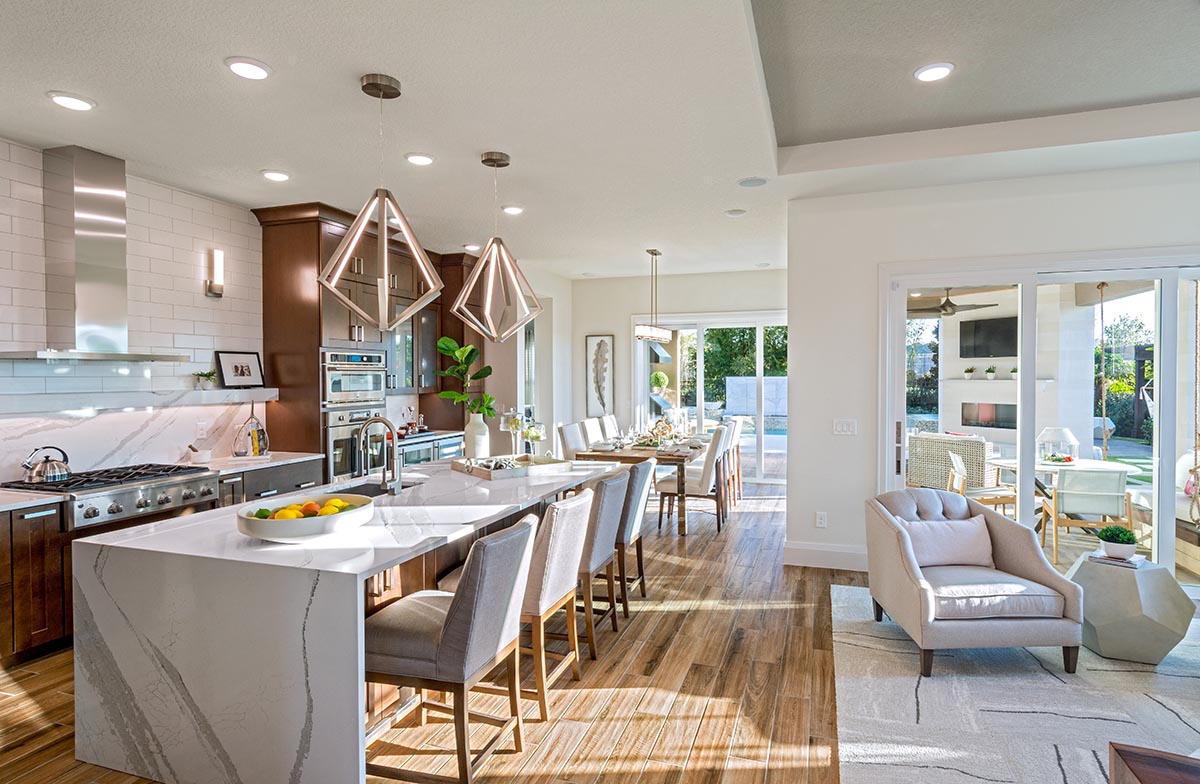 Remodelers are having a field day updating kitchens and replacing the bat wings. Just recently, we’ve had request to help folks rid their kitchens of the bat wing; one was a free-standing island, the other a peninsula. Fortunately for the owner of the bat wing island, there is a fun trend in new construction that features island with completely different cabinets and countertops. A California island set on 45-degree angle can replace the bat wing island without concern of trying to match cabinets or counter tops. The peninsula bat wing kitchen is getting a total face lift including completely opening the kitchen to not just the family room but also the living room – which in this case is where the pool table lives. 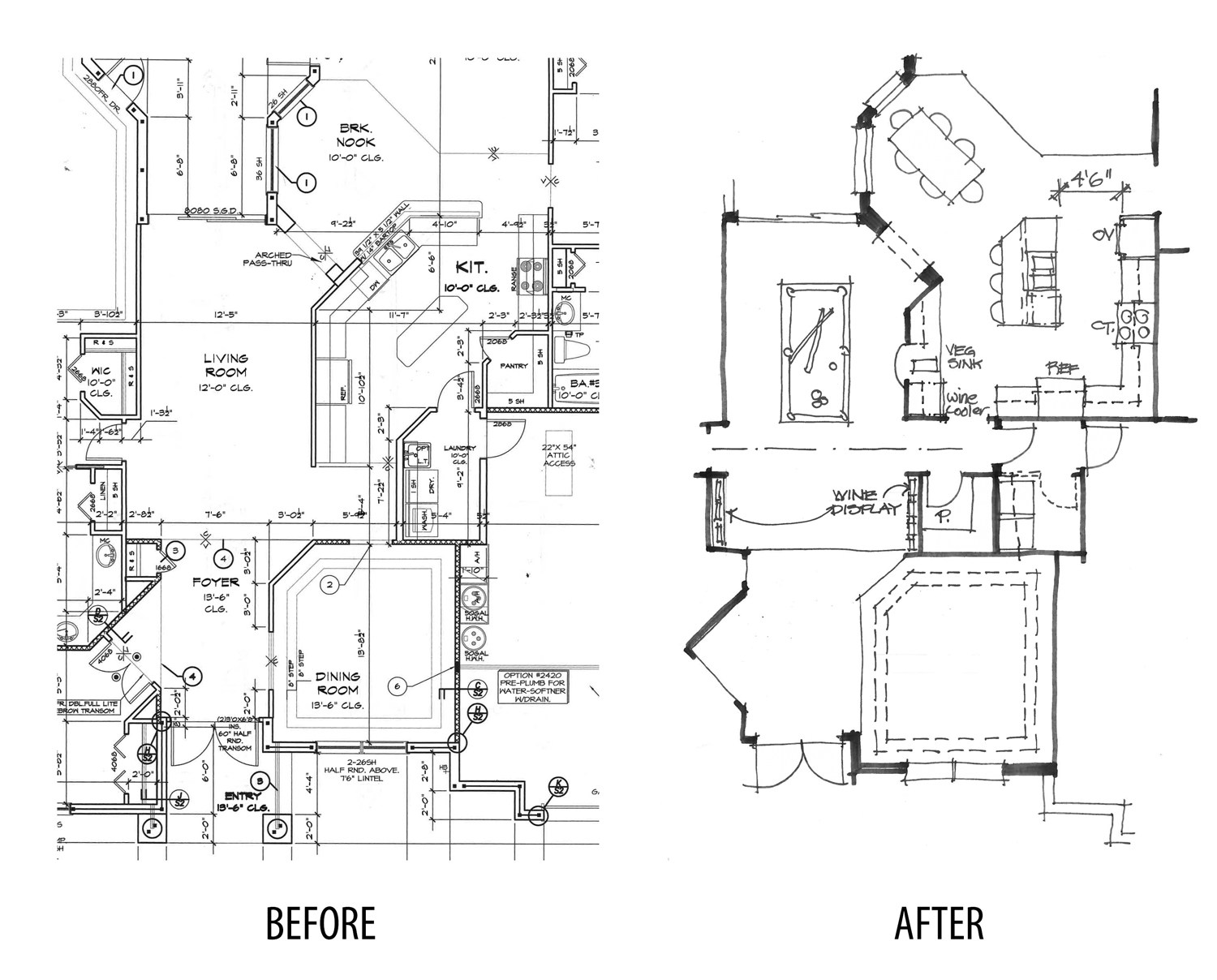 I still find builders still clinging to their bat wing kitchens. To me, this is so dated and totally impractical. The 45-degree cabinet is costlier and creates wasted space at either side of the cabinet. Savvy “HGTV” buyers recognize this as dated too and may totally write off the builder. The island is one of the easiest things to get right and make a strong impression, don’t miss out on it!