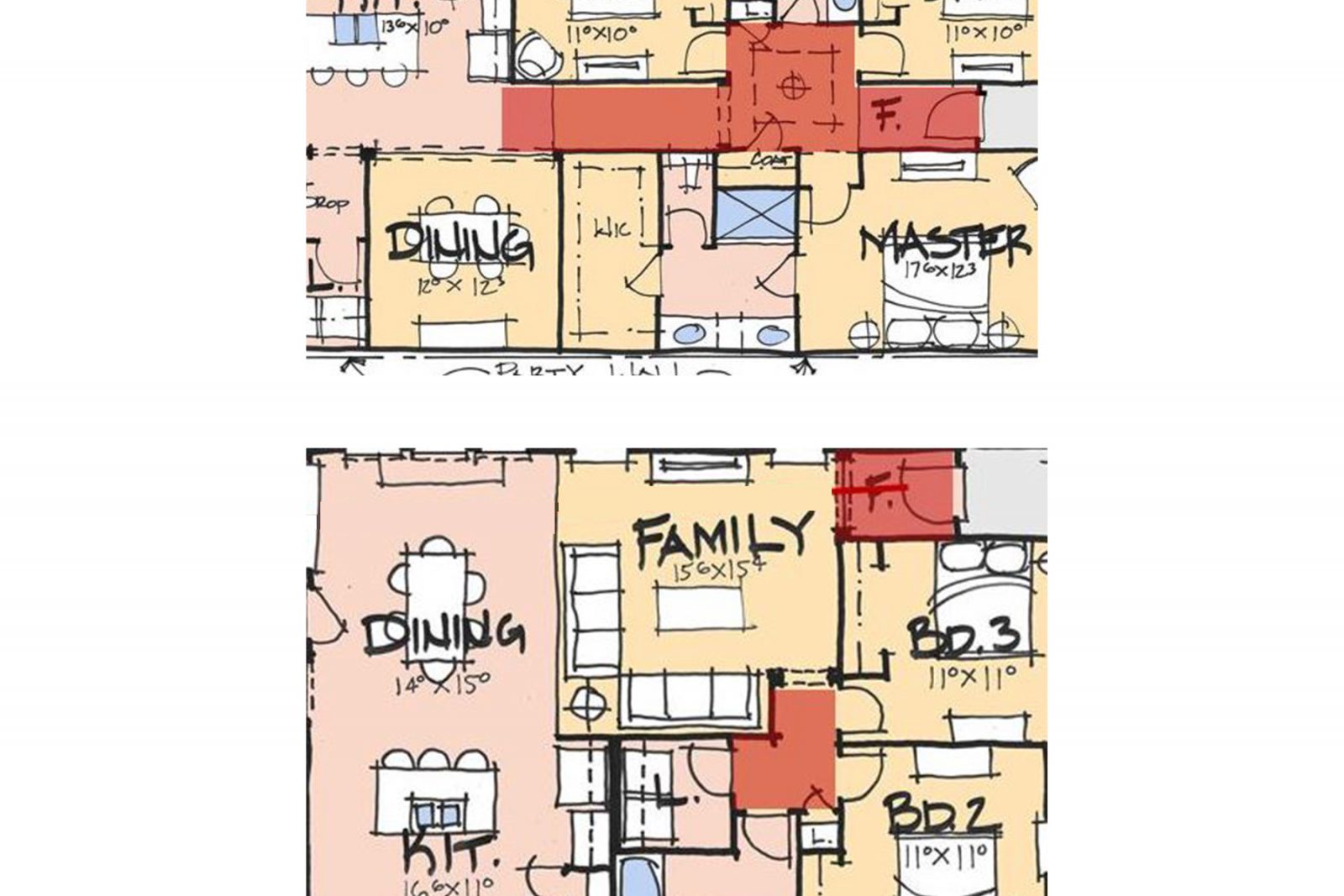 What should builders be focused on, size or efficiency? This is a question that comes up often. If we are doing a series of houses for a builder, they may specify a program for four or five houses that progressively get bigger in 200 square foot increments. The logic, of course, is that they are creating different price points for their buyers. Unfortunately, things are rarely that simple, and this math doesn’t always work – especially when going from a one-story to two-story house. Not only is there additional square footage in the stairs themselves, the path to the stairs takes up space on both levels. Not exactly valuable square footage.

But I am obsessed with efficiency. I despise, for example, beams that are 20’ long spanning the width of the garage just to hit a square footage target. I equally dislike the practice of bumping out a room on the back because one room was too small, instead of working within the discipline of a simple and efficient building envelope.

Not all square footage is equal

Let’s look at square footage first from a buyer’s perspective. They want square footage that is livable rather than a poorly designed home with excessive circulation. Take a look at how much hallway space we have in the plan below: 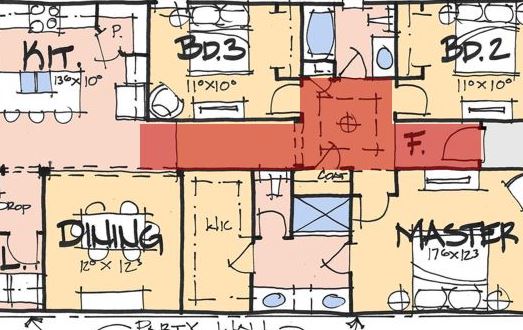 Is that square footage you want to pay for? The next plan (below) has far less circulation, leaving more square footage for the spaces that homeowners value!

Buyers also value storage. An extra 4’ extension in the garage can allow them to store “stuff” in addition to their cars. This isn’t expensive square footage – unless the new home consultant fails to point it out to the buyer. 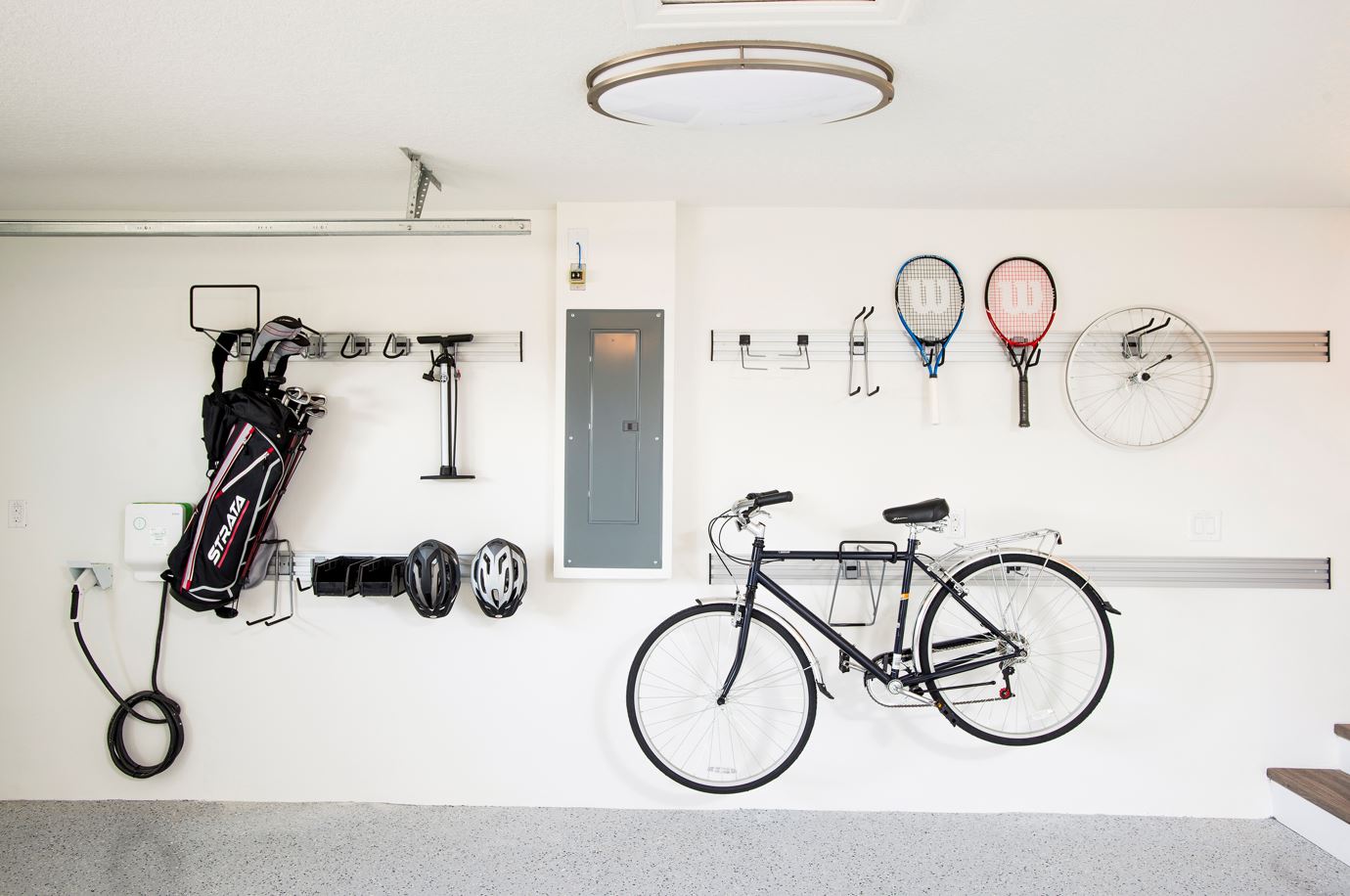 Walk-in closets and pantries can be both valued and cost-effective if offered with simple wire shelving. Let the buyer choose to upgrade to solid shelves and fancy built-ins. And in a two-story home – second floor access to attic storage is always valued and can be accomplished often with just adding to the bottom cord of a truss.

From a builder’s perspective, they want square footage that is cost-effective and won’t excessively drive up the cost or worse – cut into their margins. With this in mind, we like to design in 2’ and 4’ increments. Why? Trusses come 2’ on center and exterior sheathing comes in 4’ increments. You have undoubtedly noticed the cost of lumber is still high and rumored to be on the rise again. Ouch.

We strive for simple foundations reserving “ins and outs” only on the front elevation for streetscape and perhaps outdoor living on the rear. If the lots slopes from front to back, those bumps get expensive. We also know bumps in the foundation often mean complications to the roof – for a double cost whammy!

I’ve said it before and I’ll say it again: Snout garages are not only less attractive and less pedestrian-friendly than integrated ones into the building envelope, they’re more costly! Additionally, they eat up valuable backyard space. 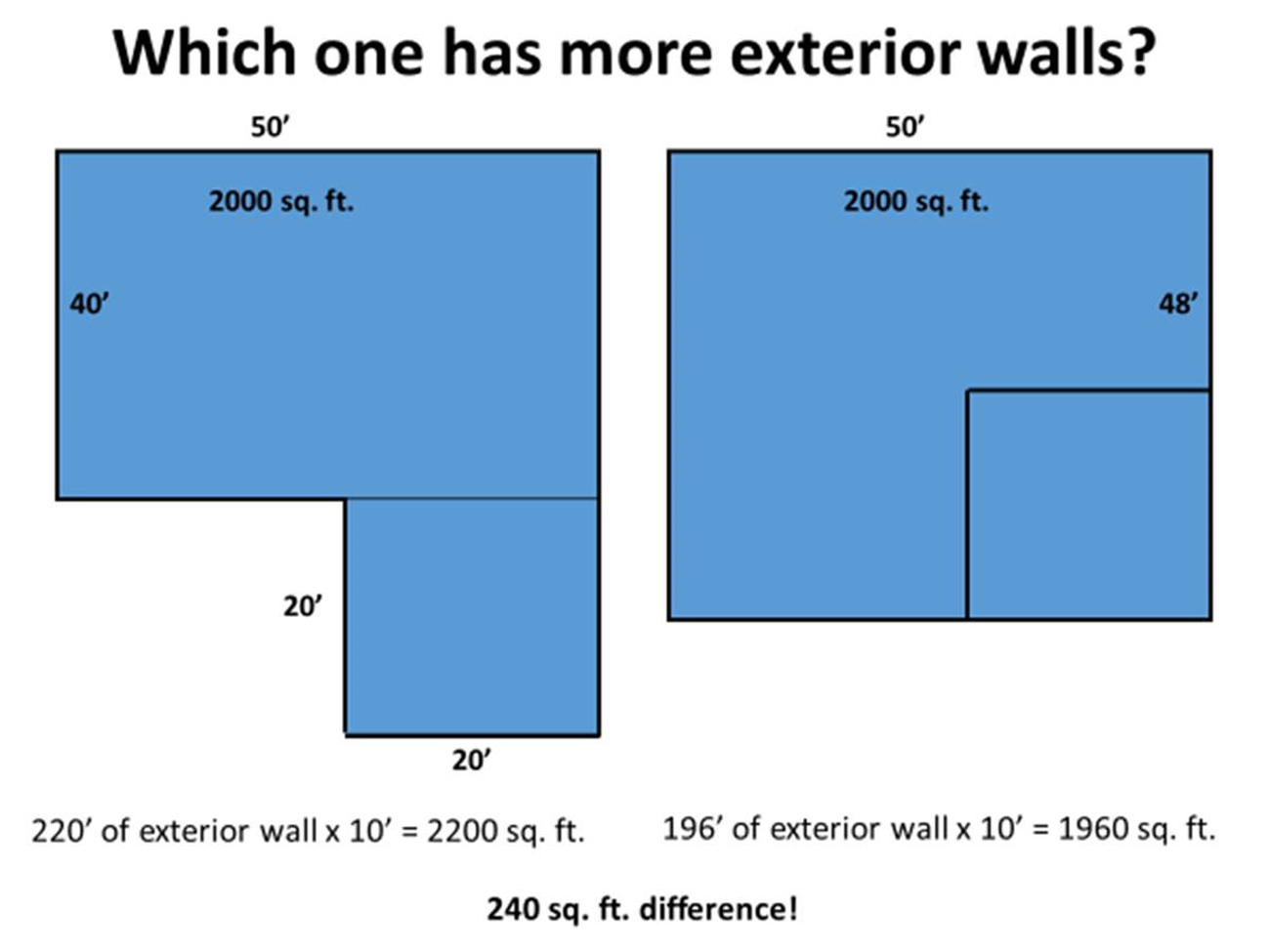 Along that same line of thinking, square buildings are more cost-effective than rectangular ones. As Huey Lewis and the News once said, it’s hip to be square. 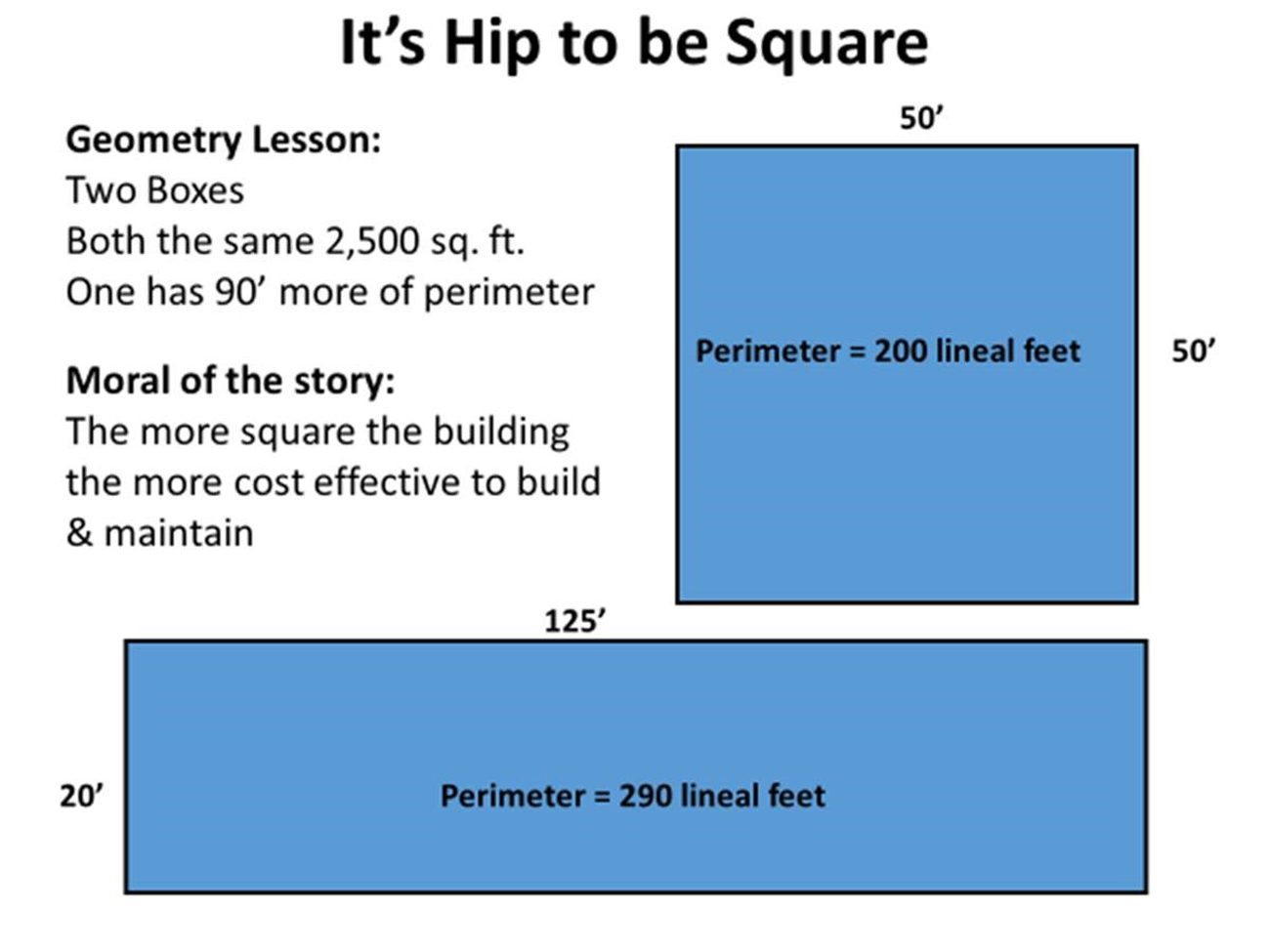 Who Benefits from Cost Effective Design?

Shockingly, some builders aren’t as attuned to costs as I think they should be. We may work a floor plan to be super-efficient, but the builder allows his subcontractors to provide their cost based upon the overall square footage. This means all our hard work towards efficiency only makes the subcontractor more money – rather than our builder client who can then pass that savings on to their buyers.

The moral of this blog is this: We DO want to offer houses in a variety of square footage so we can hit a range of price points. But rather than a narrow obsession over square footage, let’s be disciplined about efficiency.