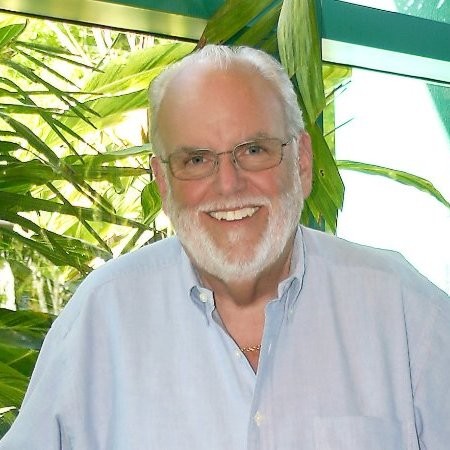 Last week, the housing industry lost a true icon, Donald F Evans. Don Evans is the reason I got into residential design.

I went to work for the Evans Group in Orlando in 1982. Prior to joining the firm, I had worked at Walt Disney World on the Grand Floridan hotel. But when Epcot opened the year prior overbudget, they decided to put the project on hold. I was then assigned to draw up new electronic turnstiles at It’s a Small World. I went from a 750-room hotel to an electronic revolving gate – no thank you.

I had spent over a year working on the hotel, only to see it put back in the drawer (yes, we filed our drawings in drawers – not servers). Fresh from college, I was desperate to see something built. A change of course was in order, and at The Evans Group, I found my true passion with residential architecture. There, I spent a week on a project instead of a year. The pace of the firm was challenging and exhilarating.

Indeed, many found The Evans Group to be a challenging place to work. Don cut an imposing figure – built more like a linebacker than an architect at 6’2” and somewhere north of 300 pounds. Don demanded 50 hours a week or more from his salaried employees. As a designer, I was required to place a blueprint of my projects every night in his inbox to review that night. In the morning, we all got redlines back from Don and spent the day fixing our projects. It was a different way to learn and mentor –and it worked.

I wasn’t intimated as most by Don. Our first real conversation was in the hallway right before the company’s costume Halloween party. This was my very first week with the firm. I was planning to come as a witch (I do a great witch voice). When Don asked me what I was planning to be that night, I said “someone mean a nasty”. To which he replied, “So you’re coming as yourself.” Ouch!

I in returned asked Don what he was going to be. “Something I’ve always wanted to be,” he replied. To which I asked, “What’s that, a woman?” He chuckled and because I didn’t back down from him, we seemed to get along. By the way, he went that night as a retired architect complete with leather patches on his sweater and spectacles on his nose.

But the most significant event in my career came when my husband got a job in Jacksonville, and I told Don we were moving. That’s when he asked me if I would be interested in opening a branch office in Jacksonville. What, me? Seriously?

The Jacksonville office was a lean operation to start. Just a 15’ by 20’ space with four drawing boards, a conference table, a phone, and no business. Prior to moving to Jacksonville, I was a designer – not a business developer. I thought the company name would carry enough weight to bring work in, but that wasn’t the case. My real breakthrough came when I approached Glen Reynolds, the premier builder in town, and asked to do his work. At the time, he took pride in that all the designs were done by him. But Glen gave me an opportunity and the model home we did together put me on the map in town as a residential designer.

I stayed with The Evans Group for a total of eight years but in 1992 I left and formed Deryl Patterson Architects. I had never imagined I would become a business owner. Don gave me the opportunity to gain the confidence, knowledge, and experience to become one.

Don was a vibrant speaker who could sell ice cubes to Eskimos. He coined the term, “Marketecture” which was market driven residential design. His designs were always exuberant, even if not always cost effective. His talent attracted many young designers. His intimating ways drove away talent who ended up opening their own firms – much like I did. Perhaps he did this by design. In that way, his legacy lives on – not just with his own firm but with the many successful firms he influenced (including HDM) and thousands of houses he designed.

May he rest in peace and his family find comfort in his vast legacy and impact on our built world.