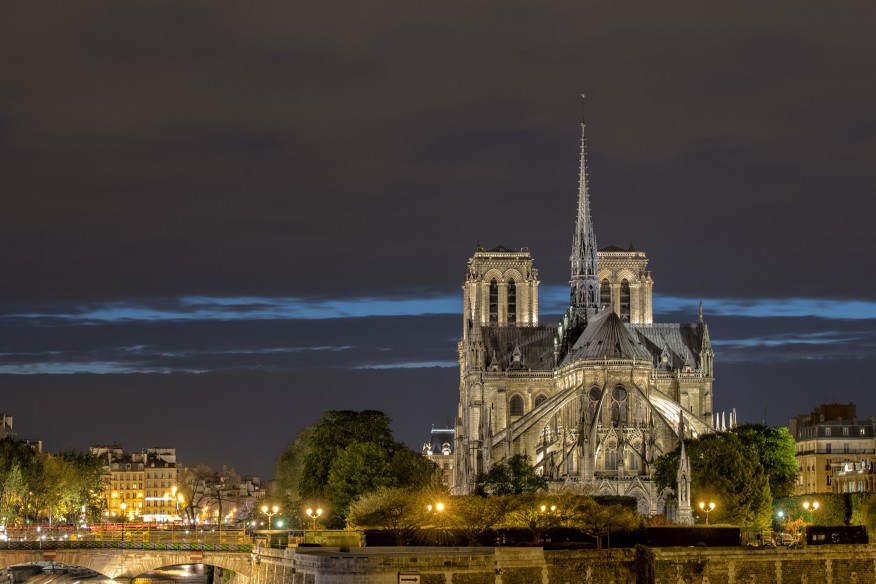 “Notre Dame is on Fire”

Those harrowing words are still echoing in my head, now more than a week later. This week, I’m straying a bit from the normal blog format. Notre Dame is near and dear to many. I feel compelled to share its very special meaning to me.

I spent the summer of 1978 in Paris – my father had an apartment there. Free geography lesson: Paris has two islands along the Seine River in the center of the city; Ile de la Cite and Ill Saint-Louis. Notre Dame is on Ile de la Cite, my father’s apartment on was Ill Saint-Louis. (I am an excellent source of information if you happen to be visiting Paris for the first time – just saying!)

I passed by Notre Dame daily. I have tons of pictures of Notre Dame – slides actually, in a carousel in a box somewhere. I visited it frequently, exploring parts of the grand cathedral no longer open to tourists. I climbed into the bell towers, up narrow stone spiral staircases whose thin windows would be blocked by other tourists squeezing by, casting us all into momentary darkness. I was so moved by the architecture that I took a summer off from architecture school to roam around France and study Gothic churches.

But then, that was the point of medieval churches – to move and inspire people. The sheer scale of the church and its soaring height made you pause to look up towards heaven. Some say they built cathedrals so tall to make man feel small compared to God. Others believe the churches were designed to create a vision of Heaven on Earth. There’s a passage in the bible that describes heaven as having walls of jewels and ceilings with gold stars. Those jeweled walls take form in the stained glass windows we so often see. Many churches painted their ceiling with gold stars. A great example can be found in nearby Sainte-Chapelle with its jeweled walls and gilded ceiling, though much smaller in scale (below). 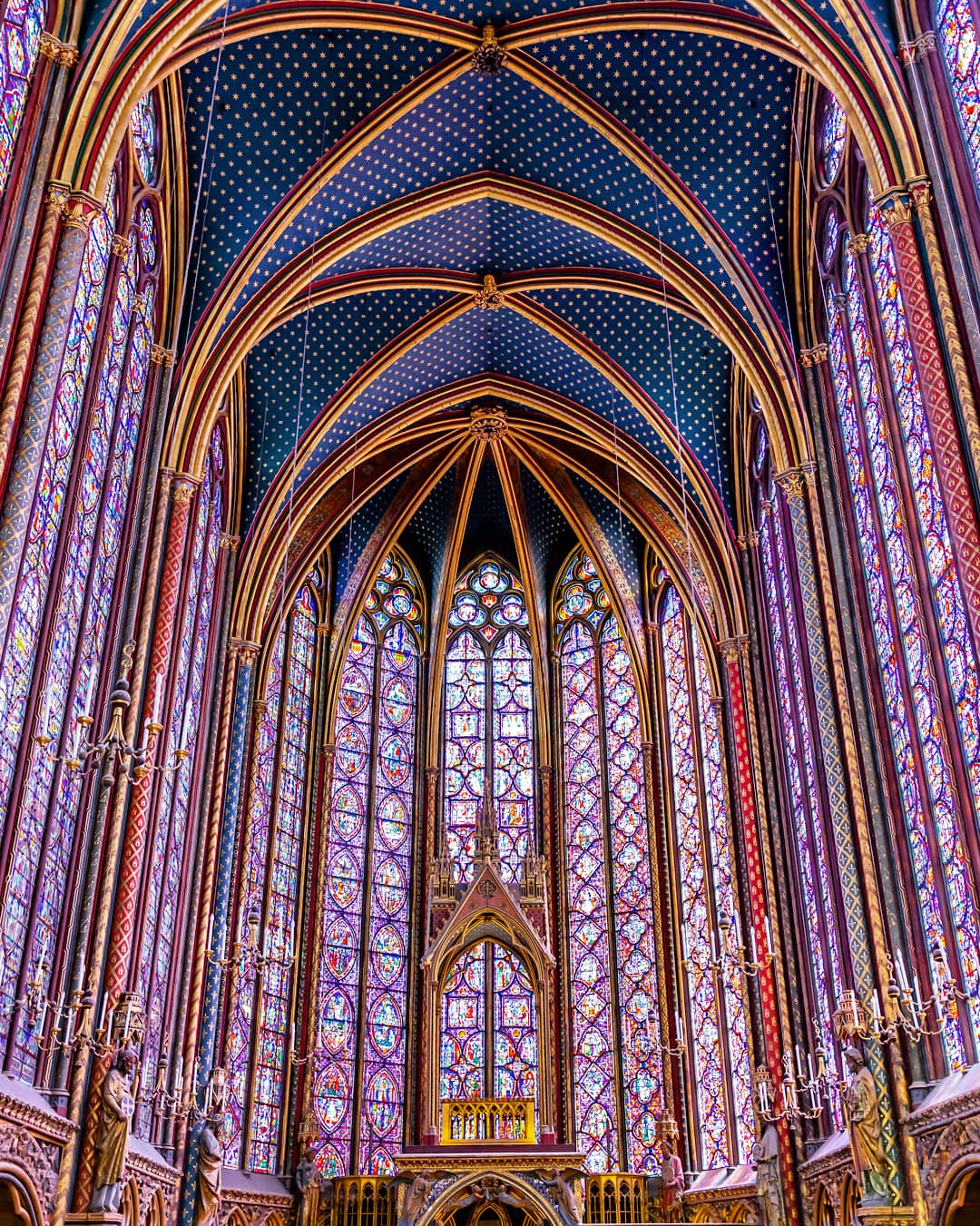 Fires in churches weren’t uncommon in medieval times, burning down the entire structure. Let’s face it, they used candles in churches, not only for illumination but also to create an ethereal quality of light coming through the windows. Lightning also would strike spires and bell towers. That’s why they built churches out of stone. Not only were the walls made out of stone, but the ceiling too.

Being that I’m a nerdy architect, here’s a brief structural history of stone churches! 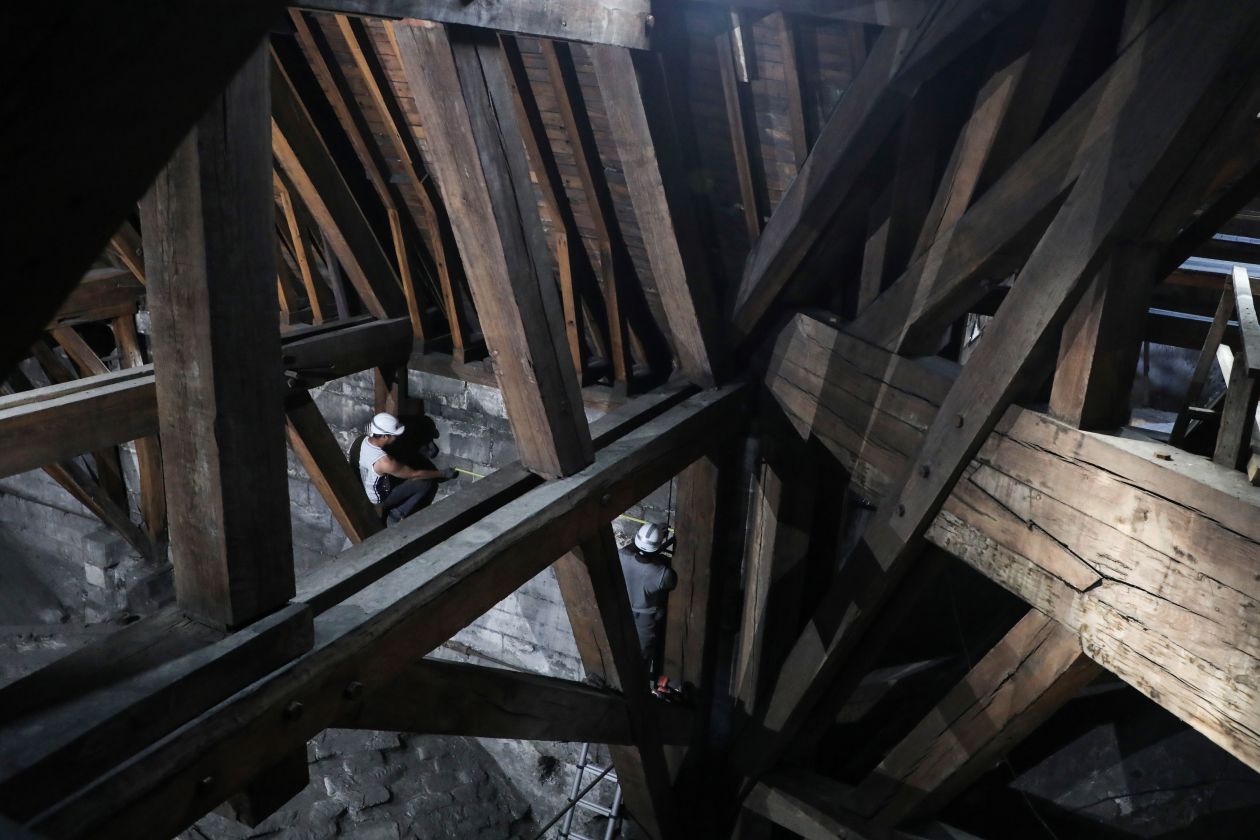 Despite all the stone walls and ceilings, Gothic churches still used a wooden roof structure to keep the water out and to protect the stone structure. Heavy timbers are supposed to be more fire resistant simply because of their mass and that it would take a long time for the fire to burn through them before they failed. Roofs were covered with metal, again to protect against fire. Despite the stone structure, the heavy timbers and metal roof, Notre Dame burned – just like a terror scene from a movie, except this was real. 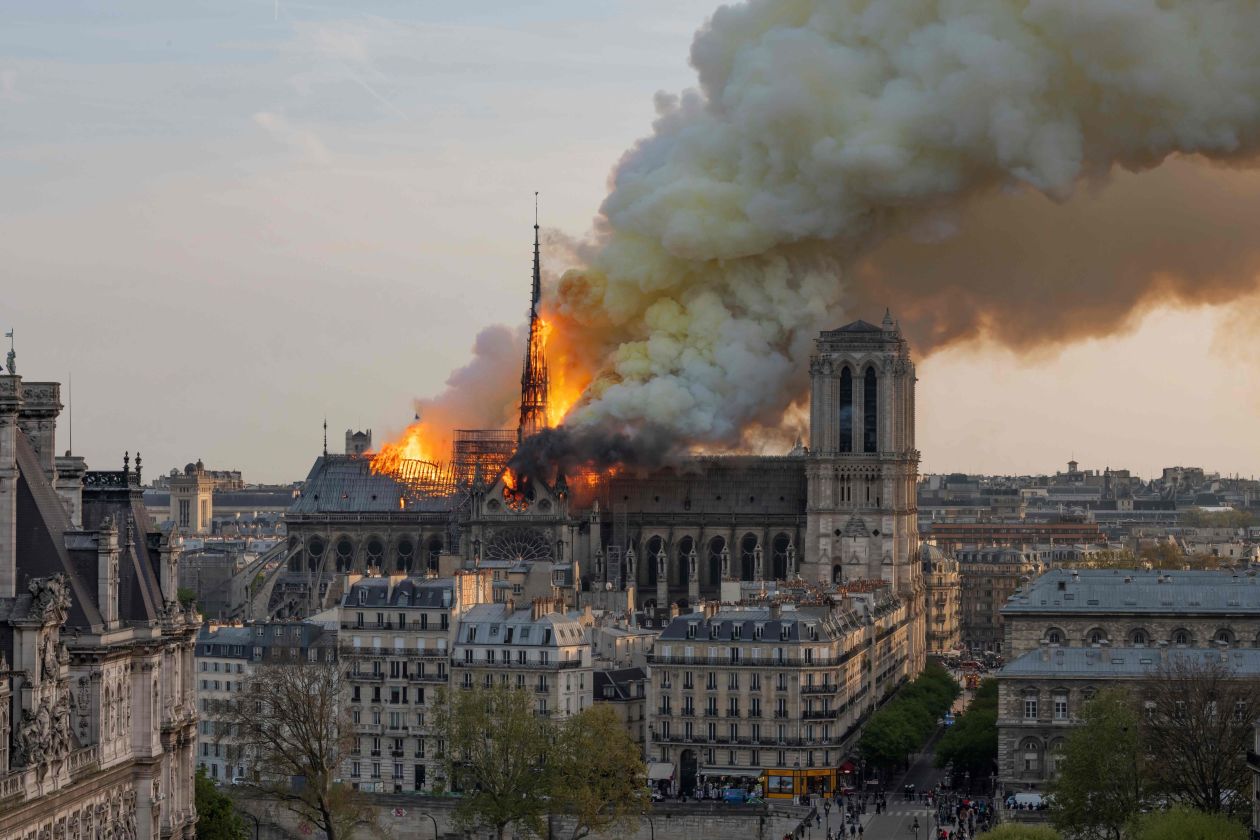 Many were surprised that when the fire was put out, Notre Dame was still standing. The roof wasn’t an integral part of the stone structure. In fact, the entire stone structure could have survived without the roof, but debris from the collapsed steeple and roof fell onto the vaulted ceiling below, creating three large holes. 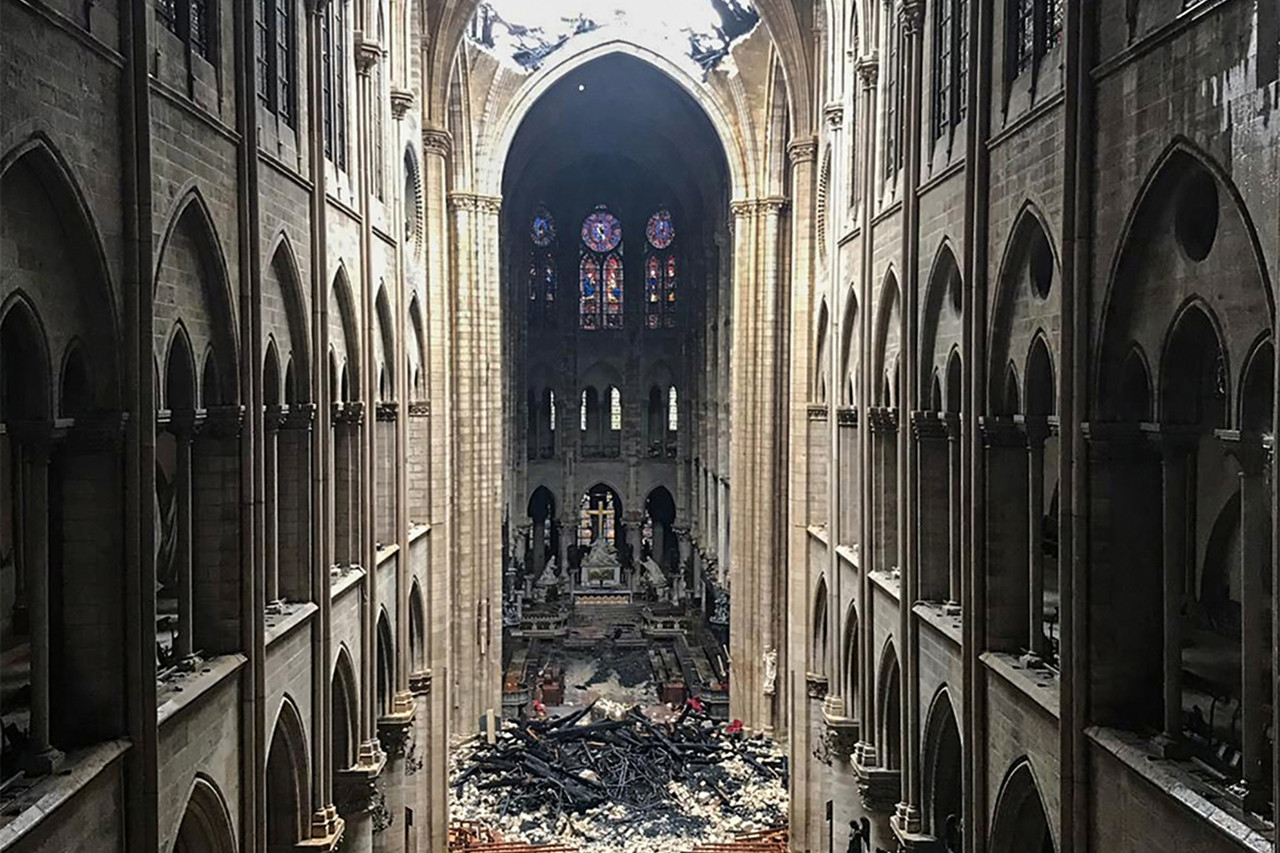 Today, we have the technology to rebuild a simple trussed roof. Personally, I would advocate using the best technology available today, just as they did when they built it in the 12th century. The structure of the roof is normally not visible from inside the cathedral, so why not use the strongest materials . Fire sprinklers would be a nice addition too – just saying. The real challenge involves repairing the stone vaults – no easy task by any stretch of the imagination. Does the labor and skill set for this kind of stone craftsmanship exist today? I certainly hope so.

This past week has been an emotional one for me, reminding me of my time with that amazing church. Many might not draw comparisons between residential architecture and Notre Dame. But I firmly believe that, in both cases, architecture has the power to create awe and move people. In production housing, the wonder and awe we create might not be quite the scale as a medieval masterpiece. But make no mistake, we have the opportunity to effect an enormous population in one of the most impactful ways.

Thank you for taking the time to reflect with me. Please feel free to share your favorite memories, photos, or questions you have of Notre Dame!